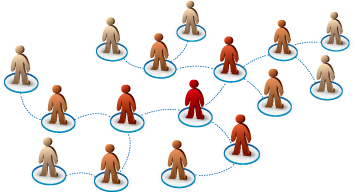 It's not just SEO anymore... There is also SMO!

Site's today are paying more and more attention to the so-called SMO, which stands for social network optimization. How you leverage social networks to promote your site is the new issue of concern to webmasters!

bShare can help with your SMO by spreading your content quickly and virally into SNS platforms, such as Kaixin, Renren, QQ Space, Sina Miniblog, and other social networks, in order to bring in more and more new readers!

The concept of Social Media Optimization (SMO) was proposed as early as August 2006. At this time, in Rohit Bhargavas blog (Oglivy PR), he suggested this concept to promote five rules:

SMO is adjusting your existing site to make it easier for SNS sites to link to you and for your links to show up more often on SNS sites. This will make your site more visible on social searches (such as Technorati), and be referenced more often on related blogs, podcasts, and video logs (vlog).

SMO utilizes the power of microblogging and virality to help you spread your brand name into various platforms, thus helping to increase your own website's traffic. 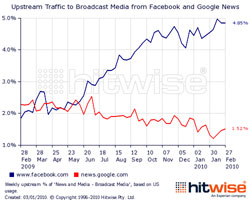 SMO is important because users no longer rely solely on search engines as a single source of information; users now from come multiple SNS platforms. According to Hitwise's March 2010 report, Facebook generated more traffic to CNN than Google, becoming the largest source of traffic for CNN; accounting for 5.92% of the total traffic, while Google only accounted for 1.77%.

Therefore, brand owners should consider how other medias can help to build their exposure and market share. Secondly, SMO is concerned with adjusting your current site to maximize the effect of social networks. This approach is the best and most cost-efficient way to promote your site.

If you want to learn more about the concept of SMO and the value it can create for you, please refer to the following links.

If you want to learn more about the concept of SMO and the value it can create for you, please refer to the following links.